Dr Robyn Leake is a Western Australian medical graduate who trained in O & G in Perth and Geelong. She works in private gynaecological practice in Perth and is the visiting gynaecologist  to the northern Goldfields of WA. She has been involved in the workshop since its inception and has recently become co-director. She is a member of  the Australian Gynaecologic Endoscopy Society (AGES), the International Urogynaecology Association (IUGA) and the Australian and New Zealand Vulvovaginal Society. 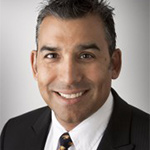 He now works as a Consultant Gynaecologist and Gynaecological Laparoscopic Surgeon at King Edward Memorial Hospital in the Endoscopy unit, and in private practice. He is a Clinical Associate Professor of Gynaecology at  the University of Western Australia, Examiner and Training Supervisor for the RANZCOG and is on the Basic Surgical Skills Working Committee for the RANZCOG.  Krish has particular interests in pelvic reconstructive surgery, endometriosis and the endoscopic management of menstrual disorders. He is a member of AGES, American Association of Gynecology Laparoscopy (AAGL) and IUGA. 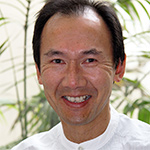 Prof Yee Leung recruited in 2011 as the inaugural Professor in Gynaecologic Oncology in Western Australia, is the head of Department of the Western Australian Gynaecologic Cancer Service and Director of Surgical Education at King Edward Memorial Hospital. He is actively involved in RANZCOG as a Board member from 2016, and previously as a Councillor from 2011, and Gynaecologic Oncology Subspecialty Committee. He is chairman of the Gynaecological Oncology Subspecialty Committee and is a member of the Education Strategy and Assessment Committee, Women’s Health Committee and Honours Committee. He is also involved in Cancer Australia as a member of the Gynaecological Cancers Advisory Group. He is the Honorary Primate Gynaecologist for Perth Zoo.

Yee is an enthusiastic teacher and has a special interest in teaching in the operating room. He was the developer and facilitator of the Multidisciplinary Laparoscopy Group meetings in WA and the Perth Total Laparoscopic Hysterectomy Masterclass. He actively promotes the “rules” that improve the execution of a surgical skill. 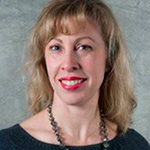 Click the above image to register for an ACW course today